Establishing human presence on Mars is envisaged as a long-term objective by international space agencies.

As the ongoing robotic exploration has made some astonishing discoveries, the next major step is bringing humans to Mars. The Martian subsurface analysis is of paramount importance for Mars Human Exploration and science. In fact, high-resolution knowledge about the uppermost subsurface allows the hazard evaluation for locations/areas, which is essential for future deployments and resources exploitation.

To date, radar data from orbiters are available for sounding the subsoil, which however have a high penetration capacity but low-resolution, while the radars on board a rover [e.g., ground penetrating radar, GPR on ESA Rosalind Franklin (ExoMars 2020) rover] would have exactly the opposite, as any GPR operating at the surface: i.e. a high resolution but low penetration capacity and a limited capacity to analyse the subsurface.

FlyRadar highlights the characteristics of an experimental package able to provide results relevant for space and terrestrial technology.

To date, RADARs have found numerous uses in various fields, demonstrating their capabilities in geological exploration, agronomical surveys, environmental monitoring, archaeology, mineral prospecting, security, automotive and many other. The main obstacles to an even wider use of these sensors is the mass and volume of the electronics and antennas and the large power consumption. These drawbacks limit the usage of these important instruments.

Modern Earth observation satellite missions use extensively Synthetic Aperture Radar (SAR) and they produce a large number of data used for the investigation and exploration of our Planet. However, high-resolution data on localised targets are difficult to be produced.

On the other hand, airborne radar, due to their characteristics, can be operated only by planes or helicopters making the investigation quite expensive and which requires a high level of competence from all operators involved.

Recently, some drone experiments with different types of radar as payload were tested. Unfortunately, their dimension is large and heavy in order to carry bulky radars.

The project Flyradar includes the realisation of a full flying radar system, composed of a light-weight drone (similar to a commercial octocopter) with installed a dual mode low-frequency radar. The radar will provide two different type of antenna: one for SAR analysis and another with penetrating capability of the surface (similarly to a GPR).

This objective will enable the development of high-resolution radar (SAR and penetration) solutions based on light flying vehicles with limited deployment costs.

In addition, this solution will bring also the possibility to use the instrument on extraterrestrial planetary exploration. The use of a drone on Mars will be tested by the NASA mission Mars 2020.

The use of the concept of FlyRadar will allow the use of drone to carry on radars and other instruments for high-resolution observations. Planetary radars have a unique capacity to provide remote information about targets that cannot be reached by other kinds of instruments. Among these systems, radars working in the low-frequency range (UHF-VHF), can be used to perform deep soundings (up to several hundreds of meters) of planetary sub-surface structures.
Strong examples are the MARSIS and SHARAD missions. The first, on-board ESA’s Mars Express spacecraft, launched in 2003, was designed to investigate the Martian ionosphere and the geological and hydrological structure of the subsurface, with a particular emphasis on the detection of deep bodies of solid or liquid water. MARSIS operates at frequencies of ∼2–5MHz; its horizontal resolution is about 10 km while the range accuracy is 150 m in vacuum. The second mission, called the SHallow RADar (SHARAD) on the Mars Reconnaissance Orbiter (MRO), was designed to complement the capabilities and performance of MARSIS by operating at higher frequencies around 20 MHz to better resolve variations in near-surface composition, stratigraphy and structure, particularly with regard to resolving the internal layers of the polar caps. The horizontal resolution of the instrument is between 0.3 and 3 km and the vertical resolution is about 15 m (10 times better than MARSIS).

In this context, the Italian Space Agency (ASI) has entrusted CORISTA for the development of an aerial multi-mode pulsed imaging radar system operating in a multi-frequency modality in the UHF and VHF bands. In particular, the system is able to work either as Sounder or as full polarimetric SAR. Generated from this heritage, a radar system for Terrestrial use has been conceived. It was for small aircraft or helicopter for allowing easy and frequent acquisition and limiting related flight cost. It is mainly composed by an electronic and radiofrequency part stowed in a rack and three antennas one for each operative mode, i.e. Sounder, Imager Low and Imager High. The instrument is completely stand-alone, being the power supply connector the only electrical interface.

Currently, the system works in sounder mode with a carrier frequency of 163 MHz, and in the SAR mode at two different carrier frequencies, namely 450 MHz and 860 MHz. The system is quite compact: its dimensions are 50 cm x 50 cm x 60 cm, for a weight of about 35 kg. The system operates in full polarization mode, by exploiting two receiving channels. In sounder mode, the system uses a log-periodic antenna, while in SAR modes two different linear arrays of patches. SAR mode antennas are enclosed in a mechanical framework, providing the needed stiffness and robustness for flight campaigns.

Currently, antenna sub-system has a weight of about 80 kg. Both SAR antennas have same size in order to allow an easier installation and swap. The radar system has a standard installation based on Eurocopter AS-350 series. Radar utilizes dedicated Inertial Navigation System (INS) and precise GPS (differential-GPS) allowing 3D centimetric accuracy of final antenna position data during flight.

A first validation campaign was carried out in May 2018 over an arid region located in southeastern Morocco, around the city of Erfoud at the northern edge of the Sahara Desert. Several tracks, covering different test sites, have been flown by exploiting all the three available radar acquisition modes1011. Starting from this experience, the main goal of CORISTA in FlyRadar consists in the definition and development of a low-frequency multimode/multi-band radar for short-range operation and suitable for a drone installation. Sounder and SAR modes will be considered, within the HF-VHF frequency range.

One of the main interests is the intrinsic capability of low-frequency radar in revealing and characterizing shallow sub-surface layers, in both Earth and planetary environment. 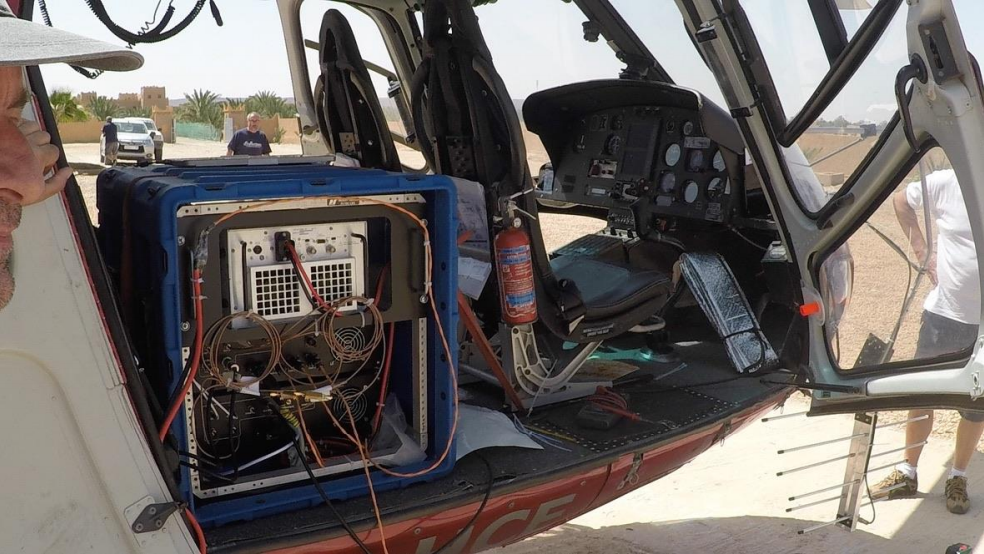 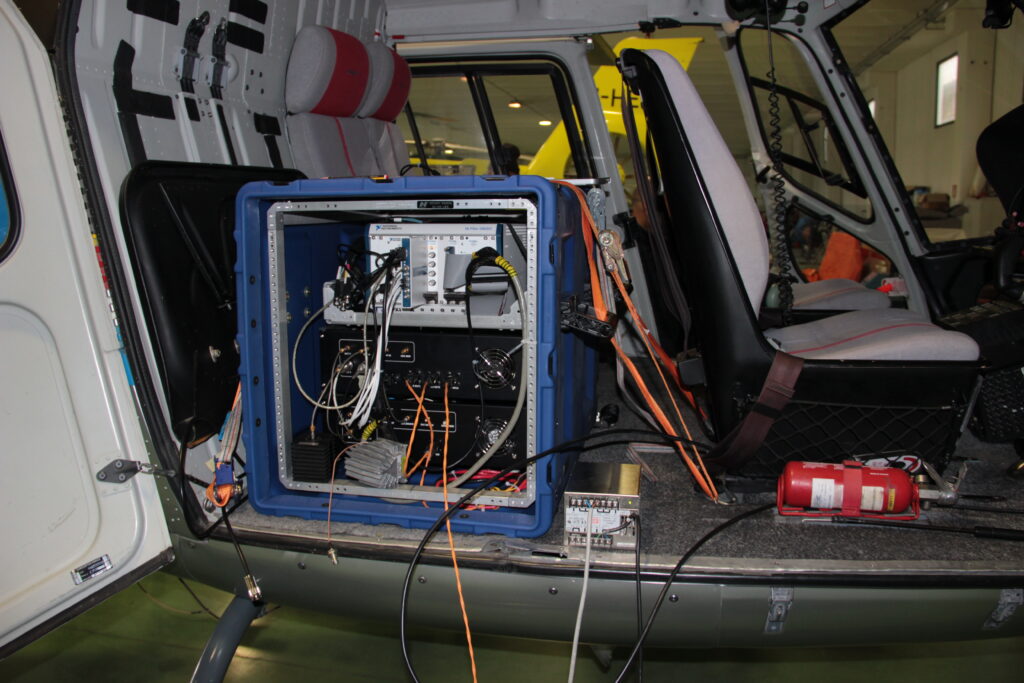 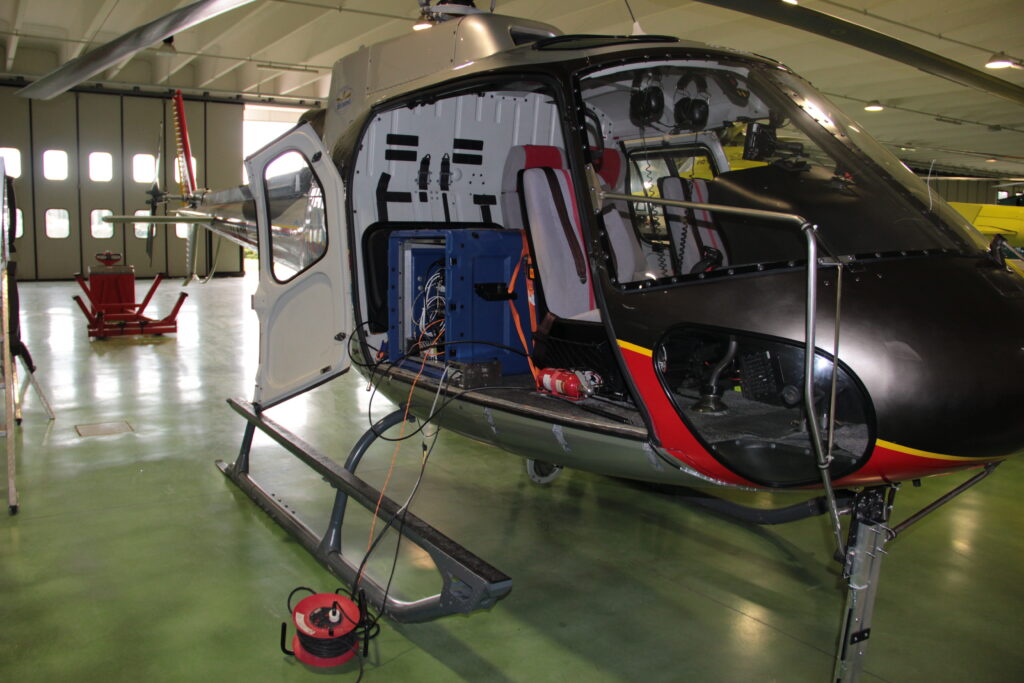 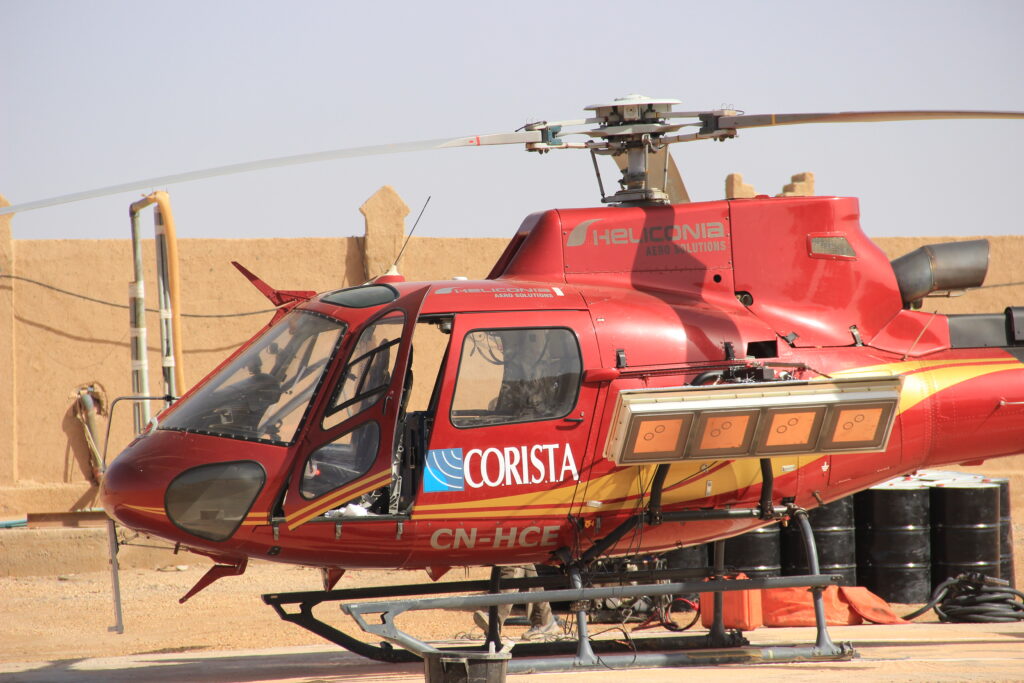 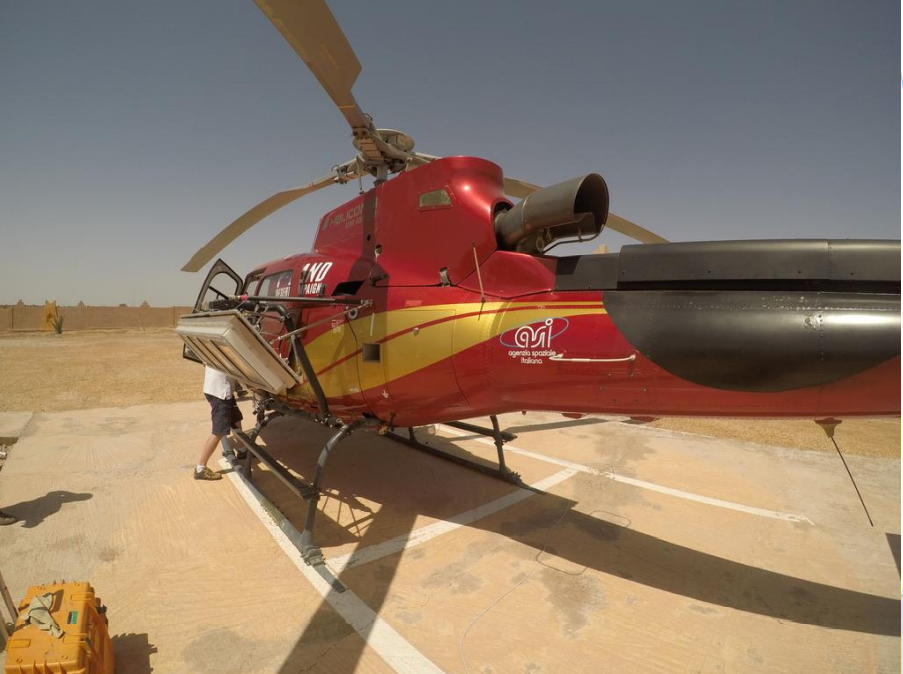 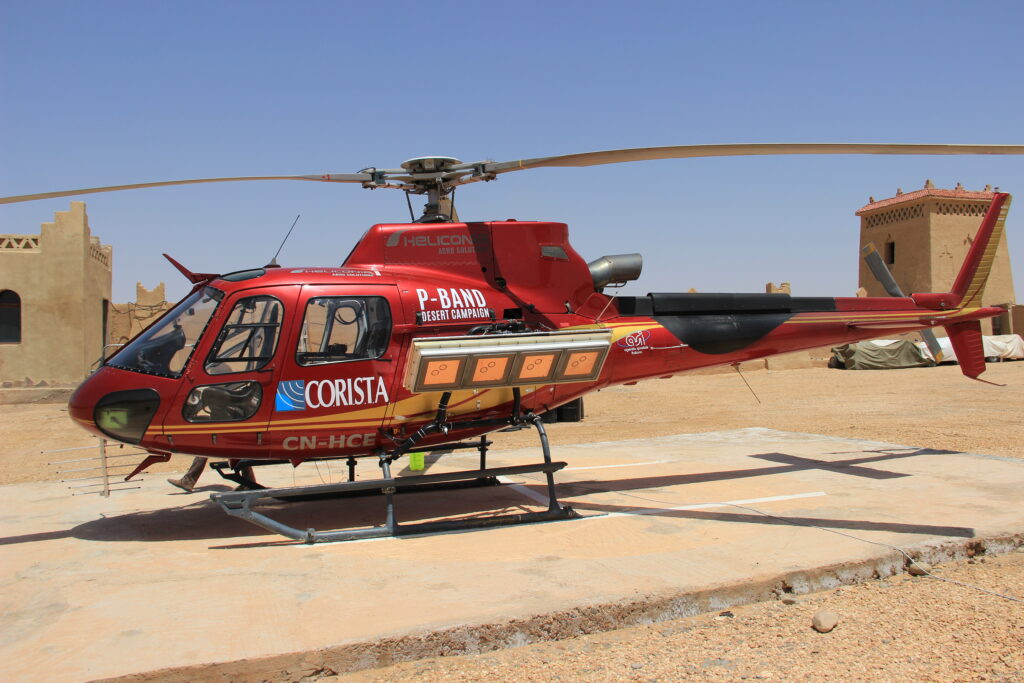 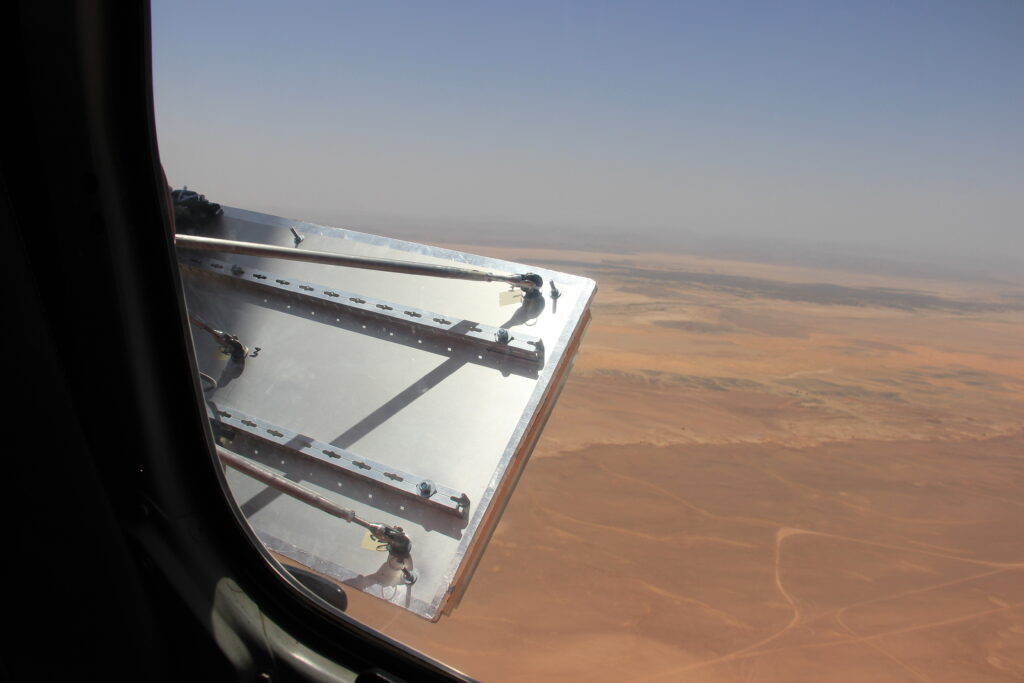 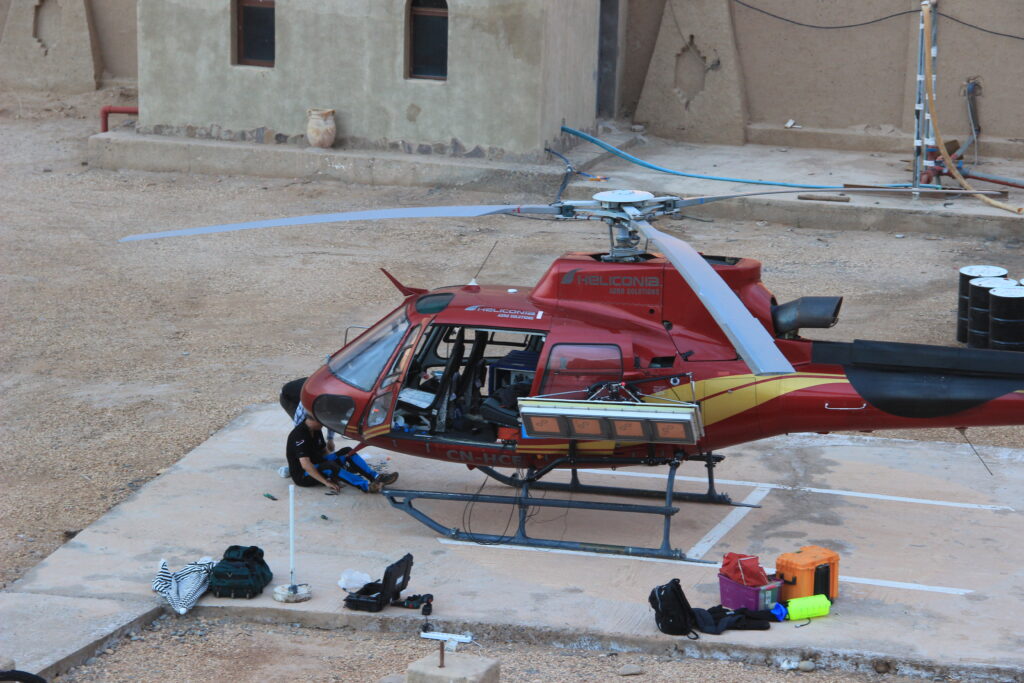 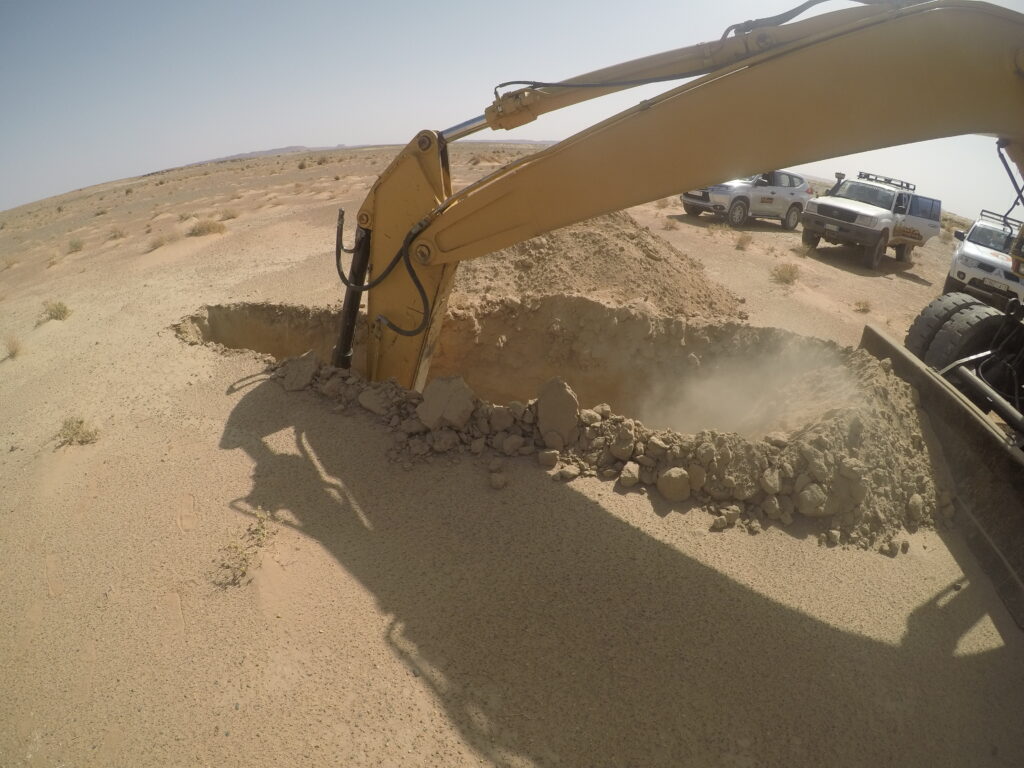 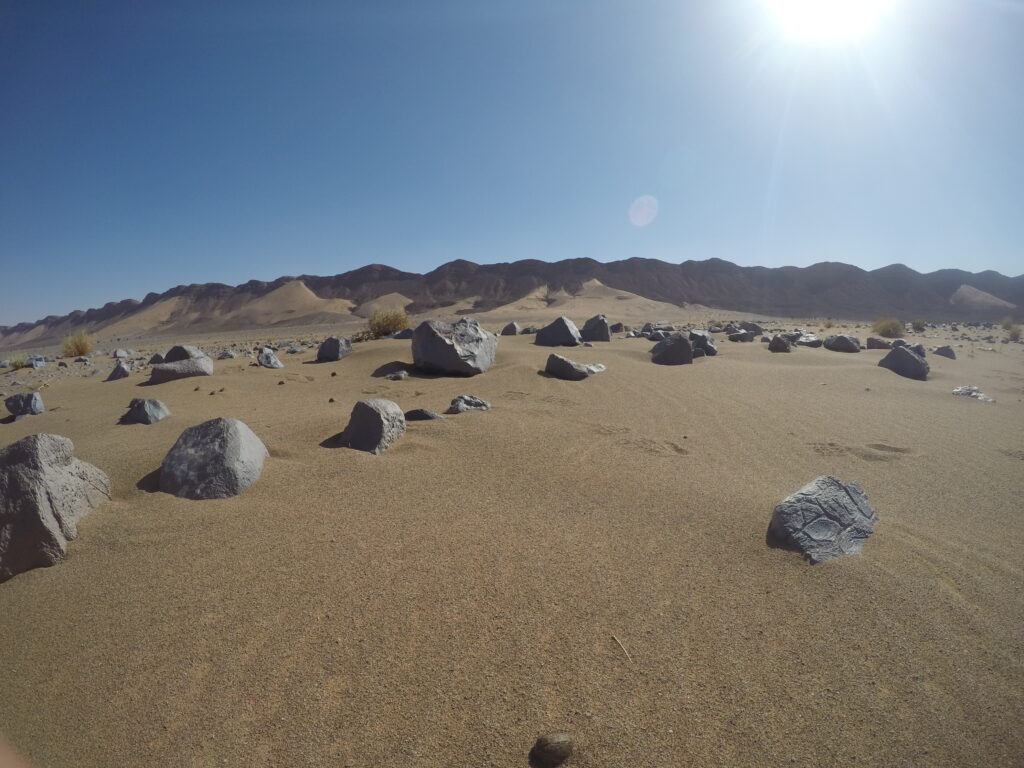 We use cookies on our website to give you the most relevant experience by remembering your preferences and repeat visits. By clicking “Accept”, you consent to the use of ALL the cookies.
SettingsACCEPT
REJECT
Manage consent

This website uses cookies to improve your experience while you navigate through the website. Out of these, the cookies that are categorized as necessary are stored on your browser as they are essential for the working of basic functionalities of the website. We also use third-party cookies that help us analyze and understand how you use this website. These cookies will be stored in your browser only with your consent. You also have the option to opt-out of these cookies. But opting out of some of these cookies may affect your browsing experience.
Necessary Sempre abilitato
Necessary cookies are absolutely essential for the website to function properly. These cookies ensure basic functionalities and security features of the website, anonymously.
Functional
Functional cookies help to perform certain functionalities like sharing the content of the website on social media platforms, collect feedbacks, and other third-party features.
Performance
Performance cookies are used to understand and analyze the key performance indexes of the website which helps in delivering a better user experience for the visitors.
Analytics
Analytical cookies are used to understand how visitors interact with the website. These cookies help provide information on metrics the number of visitors, bounce rate, traffic source, etc.
Advertisement
Advertisement cookies are used to provide visitors with relevant ads and marketing campaigns. These cookies track visitors across websites and collect information to provide customized ads.
Others
Other uncategorized cookies are those that are being analyzed and have not been classified into a category as yet.
ACCETTA E SALVA