The FlyRadar network consists of both academic and non-academic institutions with complementary expertise, appropriate infrastructure and facilities.

IRSPS has a very strong expertise in RTD management and specific expertise in space missions planning, testing of systems and subsystems in analogue terrains, landing and surface mobility. IRSPS has already been involved in various feasibility study of instruments, prepared missions such as MarsExpress, ExoMars and Mars Sample Returns. Furthermore, IRSPS holds experience and expertise in radar and drone analysis and, in particular, in radar data analysis of the Martian surface.

Hyperion is a highly performing SME with a pre-existing background in drones instrumentation design and development; while CORISTA holds relevant experience and expertise in radar development and test systems.

A large number of synergies occur among the partners, who have a long history of collaborations. The main background platform is the utilisation of Earth as analogue for the planetary bodies. UBCL, CBK PAN, CSFK have collaborated with UdA and IRSPS a large number of times in studying Mars analogues areas on Earth.

UBCL has a great experience in Earth observation from orbit and from drone that can be applied to the investigation. Ud’A has also started the study of Mars analogue environments in Europe organising a Conference Series on terrestrial Mars analogues.

CBK PAN bears to the project a deep knowledge about subsurface geology and geophysics. This solid experience is also matched by a remarkable involvement with instruments to collect quantitative data. Their approach has been tested during two expeditions organised by Europlanet RI in Afar (Ethiopia), whereas UCBL and CSFK have worked with IRSPS and UdA in Morocco (in most case under the Europlanet umbrella).

These linkages have created a virtuous cycle involving the generation of innovative technologies applied to the investigations of novel scientific subjects.

Within FlyRadar, the basic idea is to create a technological synergy of UAVs and radar. Radar provides extremely interesting data both on our Earth and on Solar System bodies. Unfortunately, radar is bulky, power-hungry, and with cumbersome antenna. The development in Lyon (by HYPERION and UCBL) of the UAVs has clearly indicated a way to save mass, volume and power on light-weight drone with electrical engines.

The prototype of FlyRadar has been extensively tested in Morocco together by CORISTA and IRSPS srl.

The partnership among Fly-Radar participants has created an innovative project based on a strong background and a future vison.

FlyRadar will develop an easy and transportable radar, providing the opportunity to the scientific and technological community to investigate many areas and subjects that are currently not suitable because of logistic and costs issues. At the same time, with the future use of drones for the surface investigation of the planetary bodies, FlyRadar will give scientists the opportunity to get unprecedented radar data. 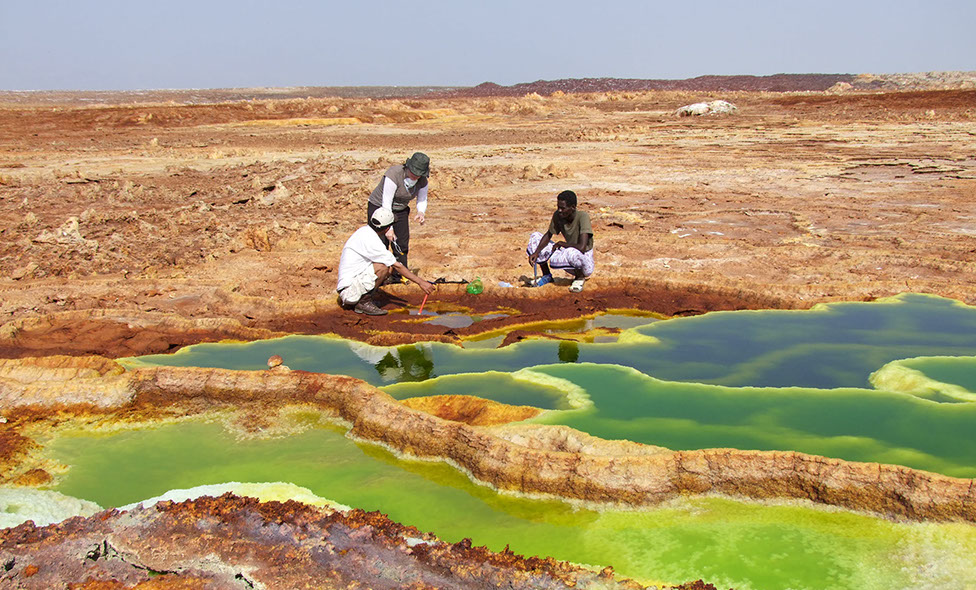 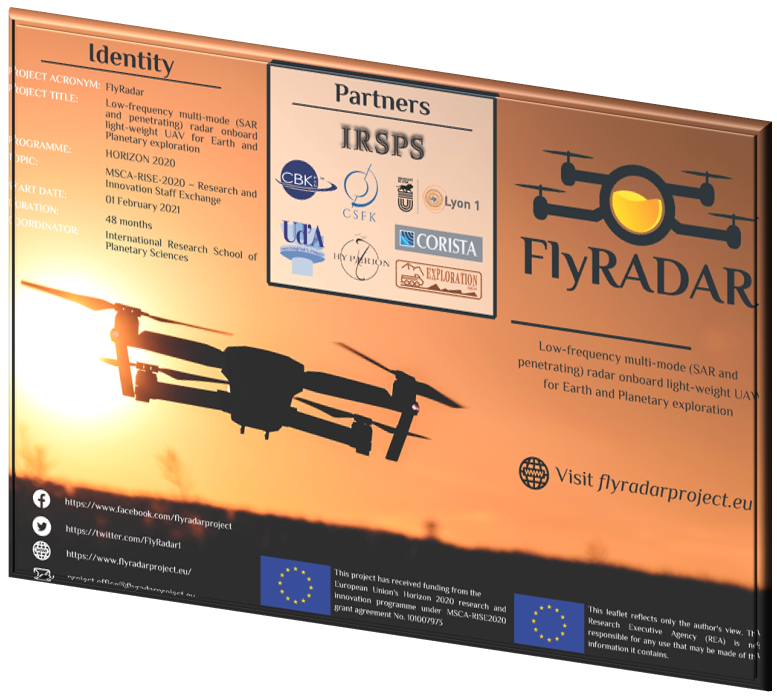 Read
We use cookies on our website to give you the most relevant experience by remembering your preferences and repeat visits. By clicking “Accept”, you consent to the use of ALL the cookies.
SettingsACCEPT
REJECT
Manage consent

This website uses cookies to improve your experience while you navigate through the website. Out of these, the cookies that are categorized as necessary are stored on your browser as they are essential for the working of basic functionalities of the website. We also use third-party cookies that help us analyze and understand how you use this website. These cookies will be stored in your browser only with your consent. You also have the option to opt-out of these cookies. But opting out of some of these cookies may affect your browsing experience.
Necessary Sempre abilitato
Necessary cookies are absolutely essential for the website to function properly. These cookies ensure basic functionalities and security features of the website, anonymously.
Functional
Functional cookies help to perform certain functionalities like sharing the content of the website on social media platforms, collect feedbacks, and other third-party features.
Performance
Performance cookies are used to understand and analyze the key performance indexes of the website which helps in delivering a better user experience for the visitors.
Analytics
Analytical cookies are used to understand how visitors interact with the website. These cookies help provide information on metrics the number of visitors, bounce rate, traffic source, etc.
Advertisement
Advertisement cookies are used to provide visitors with relevant ads and marketing campaigns. These cookies track visitors across websites and collect information to provide customized ads.
Others
Other uncategorized cookies are those that are being analyzed and have not been classified into a category as yet.
ACCETTA E SALVA